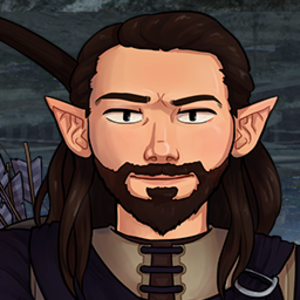 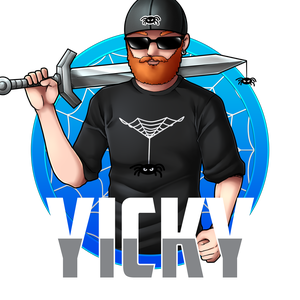 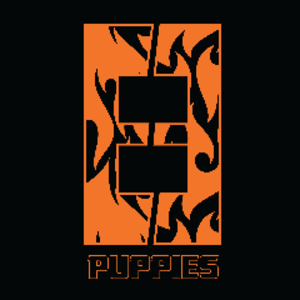 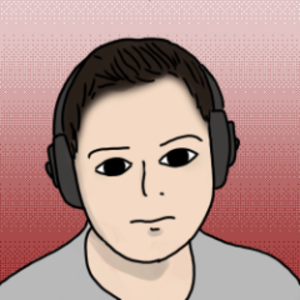 20 May 2022
Nefas presents Project Vitality, a multi-year initiative that seeks to making raiding accessible to all players on every platform and server while fixing a variety of issues for the raiding community along the way.
Table of contents

Since 2019, I've been working towards Project Vitality becoming reality as we set the foundations for it in the form of the Hard Mode Stream Team, the ESO University Discord server on its way to 20,000 members and this website itself which contains hundreds of questions that we answer in the Discord.

As endgame players, we continued to make previously esoteric information highly accessible to all players regardless of their background compared to the more muddled past in the form of logs, videos, classes and personal interactions which slowly built up a semblance of community while dispelling some misperceptions of raiders.

But simply making the information accessible for everyone doesn't necessarily mean people will be able to use said information or that they even have an easy access point to entering either endgame progression or progression through Trials content.

Thus we present Project Vitality, a multi-year initiative that seeks to make raiding accessible to all players on every platform and server while fixing a variety of issues for what one can consider the ESO raiding community as a whole along the way.

This is the biggest attempt ever - much more beyond the attempts of singular guild or even a loose network of communities on one platform/server - to expand the raiding population.

As evident by the very human nature of the project and some of the issues it will attempt to fix along the way, Project Vitality doesn't have a great chance of succeeding but if it does succeed it will surely solve the below core issues after the given timeframe of approximately two years.

Issue #1 - Raiders often bemoan the fact that they are a minority demographic and so that the developers don't care about them. This historically overlaps with the perception of either the toxicity or inaccessibility in Trials by a large portion of the playerbase.

Issue #2 - Endgame progression rosters often cannibalize one another as not only is the pool of available raiders in specific role capacities small but the pool of qualified raiders is even smaller. This and a few other factors can lead to some other issues such as raid lead/raider burnout.

Issue #3 - Players who would like to raid are often pointed more towards informational pathways than they are to a solid starting point of actually playing the content.

Issue #4 - Players are often turned off by the heavy set of requirements for even entry level content such as Veteran Maw of Lorkhaj. Often times said requirements don't even have to be very high, the modes of fulfilling these requirements themselves may be a big turn off such as submitting parses and such.

There are more issues not listed that we will be addressing which are unique to each platform/server (for example PC/NA have issues completely different from potential issues on Xbox/EU) but the above issues are some of the biggest ones that Project Vitality will attempt to resolve.

In this section, I will present a maintained and updated overview of the ESOU raiding system that only applies to the open raids that are hosted or organized through the server. In addition I will explain how the system works with its Raid Lead Representatives, streamers, Faculty and more.

There are no requirements for doing Normal Trials in ESOU.

1) Be present in voice chat, whether it's in the ESOU Discord or ingame party chat on console to listen to the raid lead.

2) Have basic role skills ready such as a Taunt or a Pull ability if you're a tank, at least four healing abilities for the entire group as a healer and as many damage abilities as possible as a damage dealer.

4) Be patient and respectful.

Raid leads can suggest sets, tips and advice but not enforce anything in particular that can serve as barriers.

You will note that it says "mandatory" entry-level content. This means that regardless of whether or not you have a clear for any of these Trials previously or outside of ESOU, it doesn't matter what you did or who you are. You will need to clear the above content and get the clear tags in ESOU.

There will be many experienced players or those who've cleared the content above questioning this "barrier" but the biggest reason for this is that newer players need the raids to fill in order to do the content that they are often told is "required" to enter other content but they can't find the raids to do so.

Additionally, even the so called experienced raiders tend to not be very good or are incredibly ignorant of the mechanics in the content they consider themselves to be above so this can be considered a revisiting of said content while also helping newer raiders!

If raiders are averse to this system and don't want to do the entry level content to get the tags for non-entry level raids in ESOU, then they are more than free to join raids hosted by the Raid Lead representatives in their respective groups or guilds. In the end the system guarantees that there is a raider somewhere as the goal of Project Vitality is not complete centralization of raiding.

To clarify "Penetration" can refer to item sets such as Crimson Oath's Rive. If a raid lead asks you to have specific addons for their raids, definitely do so.

Open trifecta runs and such are included to the express desire of each raid lead.

If raid leads want to form consistent core teams to raid every week, then they may ask for additional information or requests from raiders.

PERFECTED SETS ARE NOT REQUIRED.

YOU MUST HAVE CLEARED CRAGLORN HARD MODES/VMOL HARD MODE THROUGH ESOU BEFORE THIS CONTENT.

Discord classes in addition to open raids will be provided for free to help you gain item sets, knowledge and more DPS to help you clear the below content:

The chart represents the minimums that's set by ESOU in consultation with a variety of endgame, mid-tier and beginner raiders which cannot be raised by raid leads hosting the open raids. Prior clears or lack of clears are not required as they are open raids. If the raid lead requests additional verification on setups, DPS numbers and other details however, they are free to do so.

Due to differences between PC and Console in regards to information accessibility, lack of gear loadout addons or lack of logs (such as the fact you don't even know how much DPS you're doing in raid or what your buff/debuff uptimes are), the minimums may be quite different from PC such as DPS numbers.

Open trifecta runs and such are included to the express desire of each raid lead.

If raid leads want to form consistent core teams to raid every week, then they may ask for additional information or requests from raiders.

PERFECTED SETS ARE NOT REQUIRED.

YOU MUST HAVE CLEARED CRAGLORN HARD MODES/VMOL HARD MODE THROUGH ESOU BEFORE THIS CONTENT.

Discord classes in addition to open raids will be provided for free to help you gain item sets, knowledge and more DPS to help you clear the below content:

The chart below was made with advice from former console players and current console raid leads with the intent to shift away from the culture of thinking raid dummy DPS equates to high performance in raids.

ESOU Raiding Incentives (Why Should You Care?)

Raid Leads are required to host one open raid a week or one open raid every two weeks which will maintain a channel for their guild, brand or team they want to advertise.

Cross pollination is the method used here in regards to the open raids hosted in ESOU. If the raid lead representing your guild makes an impression, newer or returning raiders may be more interested in joining your guild/servers after the raids as your links are available in that channel. Raid Leads may advertise their guilds of course after the run to serve this purpose.

Raid Leads will have access to an organized Moderation team, the benefits of a Discord Partner server, a network of raid leads for support/advice and a voice to forward to the Council of Raiders.

ESOU Classes will be held for both raiders and upcoming raid leads to supplement their learning.

Endgame Progression raid teams (scorepushers) will be given a list of benefits as well including a permanent customized Discord role, a channel (just like everybody else should they decide to have a representative raid lead once every 2 weeks), Faculty role and a permanent seat at the Council of Raiders for as long as their raid team exists.

We have a lot more on the table in terms of events and other benefits to offer all raiders of all levels that we will reveal later on.

While a big part of the focus is on making raiding accessible and of course bringing in raiders by the thousands, we have two big ultimate goals:

1) A shift in playerbase demographic to solve said Issue #1.

2) A strong, positive and universal raiding culture on every platform and server that regardless of persona-based communities or set of experiences, people can adhere to or participate in.